Minimum Salary to be Increased by 23.6% in Armenia 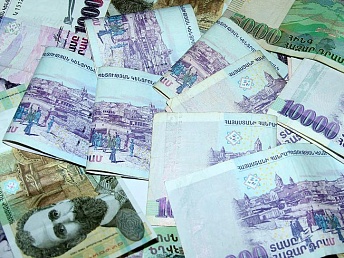 The Armenian government supported the lawmakers’ proposal on the rise of the minimum salary in Armenia from the present AMD 55.000 to AMD 63,000. Another AMD 5,000 were also added to this proposal to make the salary AMD 68,000.

Gemafin Gasparyan, the Deputy Minister of Labor and Social Affairs, mentioned that according to calculations, at least AMD 68,000 is needed for every family to improve the living conditions and not to find itself in utter penury.

Nikol Pashinyan, the Prime Minister, ensured the protection of employees’ rights in terms of obligating officials not to manipulate with the working hours in the private sector.

Atom Janjughazyan, the Finance Minister, in his turn, made it clear that the amendments will only apply to the minimum salary on which salaries of the public sector’s employees are based and not the basic salary.

For more information about work permits and residency in Armenia, please visit our website.