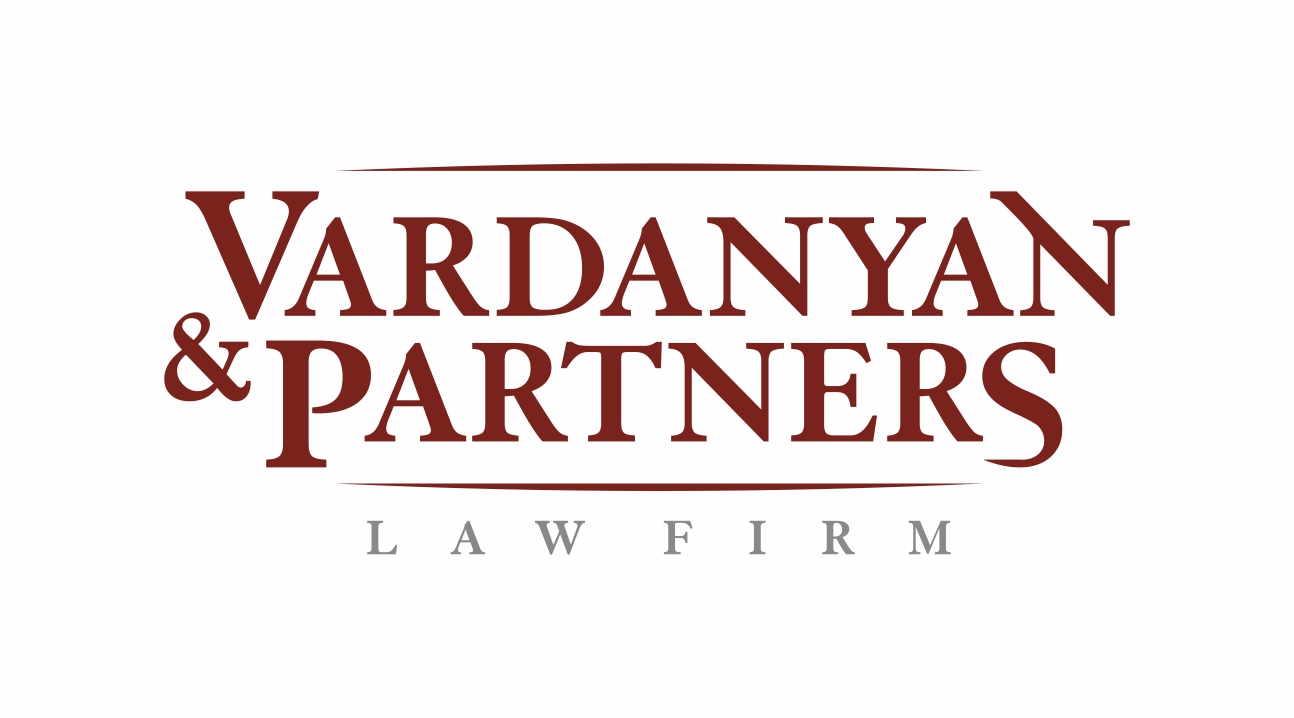 The Moldova Citizenship-by-Investment (MCBI) program requires applicants to make a donation (contribution) to the Public Investment Fund of Moldova. In exchange, applicants and their families are granted citizenship. By law, the number of main applicants (not family members) is limited to 5,000. The donation can be made in local currency, euro, Swiss francs or US dollars.

Applicant fills out the required forms, collects the required documents, has them legalized and translated into English and Romanian. You may check which forms and documents are applicable to your case by filling out this form.

The complete package of documents is filed with the secretariat in person or through your accredited agent.

If the documents are complete, the Secretariat officially accepts them, a reference number is assigned, and a letter of acknowledgement is issued.

The Secretariat of the Commission conducts background checks through public searches and public database searches (including sanctions databases). Background checks are also conducted by other government agencies, such as National Anti-Corruption Center, Bureau of Migration and Asylum, Security and Intelligence Service etc, as well as a contracted third-party specialist agency.

If necessary, the Secretariat may request additional evidence in the form of declarations, affidavits, and other documents.

The Commission may charge additional costs incurred by due diligence companies in the course of evaluating the applicant.

The Secretariat gives a favorable recommendation to the Commission, which approves the case in principle, and issues a letter instructing the applicant to pay the amount of donation and service provider fees to the designated account.

The application is transferred to the office of the President for the final granting of citizenship by decree.

Step 9. Visiting Moldova or an Embassy to Take the Oath

You are invited to an approved venue (consulate, embassy etc.) to provide the required biometric data (fingerprints, photographs) ans swear an oath of allegiance.

Citizenship documents, including the passports, are issued and released, and the application is deemed complete.

Please fill out the form below to see what fees and document requirements are applicable to your case.

Who is not eligible to apply?

It is important that the main applicant and his/her dependents have no criminal records.

Also, citizenship may be refused to those applicants who applied for and did not get a visa to a country with which Moldova has visa-free or visa-on-arrival arrangements.

In particular, an applicant is eligible to apply if he/she meets the following requirements:

1) Has not been accused before the International Criminal Court;

2) Has not been sought by the INTERPOL either in the past or at the time of filing the application;

3) Is not a potential threat to the national independence and/or security of the Republic of Moldova;

4) Has not earned (directly or indirectly) income from criminal activities;

5) Has demonstrated that the funds allocated to the Program come from lawful sources;

8) Has not been accused of committing offenses against family values, such as:

a) sexual intercourse with a person who has not reached the age of 16;

b) luring a child for sexual purposes;

d) any other form of sexual violence;

9) Has not been denied the visa to a country to which citizens of Moldova have free access, unless the visa was subsequently obtained;

10) Has no criminal record or, at the time of filing the application, is not suspected or accused of committing any of the following offenses:

a) offenses against public authorities and state security;

b) crimes of usurpation of the powers of public authorities committed by individuals, such as:

- the illegal detention or arrest of persons;

- arbitrary exercise of the alleged rights;

c) crimes committed by individuals against civil servants, including:

d) offenses of false denunciation, false declaration and false oath before a competent body or a court;

e) blackmail, bribery, as well as other corruption offenses;

f) offenses in the public sphere, including:

- use of forged documents;

- counterfeiting of seals, stamps and trademarks;

g) crimes against the life and health of the person, including:

- injury to bodily integrity or health;

(k) offenses against public security or public order, such as the delivery, placement, putting into service or detonation of an explosive device or other device with a fatal effect, including the manufacture, procurement, processing, storage, transportation, use or neutralization of explosive substances; radioactive materials; arson;

(l) any other offense which is sufficient to hold that the applicant does not meet the eligibility criteria, including good economic and financial reputation and lack of danger or risk to public policy and public security.

National of which countries are not allowed to apply?

The list of countries the nationals of which are ineligible to apply shall be approved periodically. As of now, no such list has been made public.

Which family members can be included in the application?

The fact of dependency on the main applicant is determined by the Commission, based on the information contained in the application forms and documents showing the absence of source of income and/or maintenance by the main applicant.

What other family members are eligible for immigration benefits?

The following family members of Moldovan citizens qualify for residency status (temporary or permanent) in Moldova:

More information on residency is available below.

If my application is rejected, can I appeal that decision?

Yes. The Commission's decision on refusal of the application may be appealed administratively within 10 days of receiving the communication from the Commission, and subsequently, to the court, in accordance with the Law on Administrative Court.

Is it possible for the government to revoke my Moldovan citizenship?

Yes, the President of the Republic may revoke your citizenship in the following cases:

Except for the case specified in the first paragraph, revocation is not possible if it will result in person becoming stateless. Revocation of citizenship shall not automatically affect the citizenship of the spouse or the children.

Can I later renounce my Moldovan citizenship?

Yes, you can apply to renounce the Moldovan citizenship, provided you show evidence that you are (or will become) a citizen of another state.

Will my unborn children be automatically granted Moldovan citizenship?

Yes. A child born to a Moldovan parent shall be considered a Moldovan citizen. There are no requirements to live in Moldova to preserve the citizenship, which means that citizenship can be passed from generation to generation, irrespective of the actual place of residence.

What are the tax consequences of acquiring Moldovan citizenship?

Moldova does not have citizenship-based taxation. Therefore, acquisition of Moldovan citizenship should not affect your tax status. In order to be considered a Moldovan tax resident you will have to spend more than 183 days in a year in the country.

What are the military service obligations for Moldovan citizens?

Normally, male citizens aged 18-27 are subject to military service. However, this requirement does not extend to those citizens whose permanent residence is outside of Moldova.

Does Moldova extradite its own citizens?

No. Moldovan citizens cannot be extradited to another jurisdiction or be deported.

Is the decision on granting citizenship made public?

The citizenship decree shall be published in the official journal. However, the names of the applicants shall not be published.

What is the text of the oath that I will have to take?

"I, [last name, first name] born on [date of birth] swear to be a committed citizen of the Republic of Moldova, to faithfully observe its Constitution and other laws and not to take any action that could harm the interests and territorial integrity of the state."

Do I have to use the services of an accredited agent?

No. You also have the option to submit your documents in person at the Ministry of Economy and Infrastructure at 171/1, Stefan cel Mare bvd., Chisinau, Republic of Moldova.

Not Ready for Citizenship?
Check the Residence by Investment Program

Moldova grants temporary residence permits to foreign investors who set up a company in Moldova, provided that:

Which documents do I have to present?

In addition to showing proof of shareholding and investment you will have to present the following documents:

Do I have to be physically present in Moldova to apply for residency status?

Yes, the application for residency status must be filed in person at the Bureau of Migration. Documents must be submitted at least 30 days before the expiration of your legal status in Moldova.

How long does it take for the residency to be issued?

If you are applying as an investor your application must be processed in 15 calendar days. In other cases the processing time is 30 days.

Yes, a temporary or permanent resident may sponsor his/her family members by filing a petition for family reunion. The petition can be filed for the following family members:

The petition of a temporary resident can be approved only if the resident shows proof of accommodation (place to live) and sufficient means to support himself and the family members (€320 per month for each family member).

Can the temporary residence permit be extended?

Yes, the temporary residence can be extended for an indefinite number of times. The application for extension must be filed at least 30 days in advance of the expiration date. The applicant will have to show a passport valid for the duration of the requested residency period, provided that the extension has the same objectives as the original application and that the applicant complied with the terms of his residence. He will also have to show availability of living space and medical insurance for the whole duration of the requested residency period.

When can I become a permanent resident?

What is the path to citizenship once I acquire a residence permit?

Under general rules on naturalization, citizenship may be granted to a permanent resident of Moldova (i.e. a person who lawfully resides in Moldova for at least 6 months in a year), provided that he shows knowledge of the Constitution and the state language and has lawful sources of means for living. The following residency requirements are applicable:

We would love to hear your opinion. If you feel we have provided valuable information and support or would like to leave us feedback, please do so on Google My Business. If you have any concerns please call us today. Thank you for helping us improve.