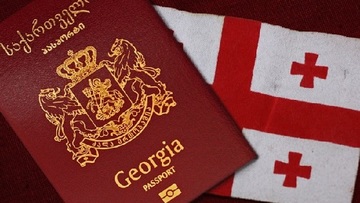 Over the last two years the demand for Georgian citizenship has increased as the Georgian passport improved its place in different international rankings.

The European Union introduced a visa-free regime for Georgian citizens on 28 March, 2017. Georgian citizens can visit Schengen countries without a visa for tourism, business, and personal visits (90 days out of 180). Over the last year, Georgian nationals were also granted visa-free travel rights by Serbia and Montenegro.

According to Global Passport Index, Georgia holds the 39th position, gaining 115 points and improving its ranking by five lines compared to the last year. A Georgian passport allows its holder to visit 74 countries without a visa and get a visa upon arrival in another 41 countries. Georgian citizens need a visa to enter 83 countries.

Another study, Passport Index (formerly known as the Visa Restrictions Index), ranked the Georgian passport 48th out of 199 countries. Compared to the previous report, Georgia has improved its position by five lines.

Visa requirements objectively reflect the status of the country within the global community. The absence of visa restrictions allows the passport holder to conduct business more effectively in various jurisdictions, maintain international contacts, use global investment opportunities and travel.