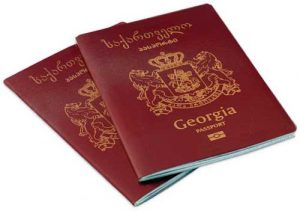 Georgian citizenship will not be terminated in case of acquiring a second citizenship.

In September 2018, the Parliament of Georgia adopted amendments to the Constitution, according to which holders of Georgian passports will no longer be deprived of their citizenship if they acquire the citizenship of another country. However, dual citizens will have to meet certain requirements.

At the same time naturalization of foreigners was made significantly more difficult after amendments to the Law on the Citizenship entered into force.

In order to obtain a Georgian passport, the husband or wife of Georgian citizen will have to live in the country not for 2 years, as it was before, but for at least 5 years. In other cases of residence-based naturalization the period of residence  was extended to 10 years (from 5 years). The criteria for awarding citizenship are different, but there are two conditions that all applicants must meet - knowledge of the Georgian language and the history of Georgia.

Citizenship by exception is also available to those who have invested in Georgia or are planning to do so or have made an important contribution to the development of the country's economy. Citizenship by exception may also be awarded to applicants who consider Georgia to be their homeland, or if their ancestors are originally from Georgia. (SPUTNIK, Georgia Permits Dual Citizenship - How Does It Work? (in Russian) (Aug. 15, 2018)); (SPUTNIK, Passport With Ambitions, Georgian Citizenship Became Harder to Get (in Russian) (Aug. 15, 2018)).